Home
One Week In Strasbourg

One Week In Strasbourg 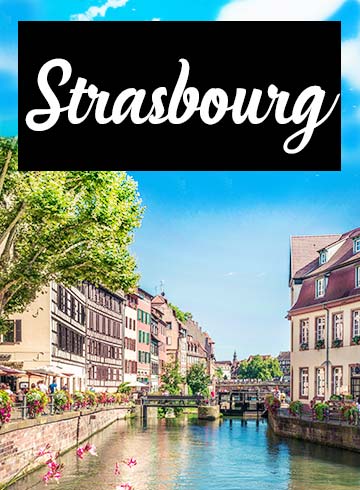 Welcome to One Week In Strasbourg!

Contrary to other cities of France, not many tourists make their way to Strasbourg. A good reason why it’s a wonderful European gem.

Clearly, you will enjoy the 2nd European Capital. Thus, a glorious city with impressive architecture and a rich cuisine to fall in love with.

We want to start with a simple intro to the things you need to know before coming for one week in Strasbourg.

Language Spoken: French is the national language of the city.

However, there is the Alsatian Dialect. A Low Alemannic German dialect is spoken in most of the Alsace region around Strasbourg.

Additionally, it is a formerly disputed region in eastern France that has passed between French and German control five times since 1681.

Fun Fact about the Alsatian Dialect: Interestingly, this dialect is also spoken in the USA by the so-called Swiss Amish.

Known for: Strasbourg is known for its beautiful Gothic Cathedral and La Petit France District. Apart from this, being the 2nd European Capital after Brussels. Moreover, the 2nd Seat of the European Parliament in Strasbourg.

Accommodation: There are plenty of small hotels, guesthouses and great hotels dotted around the whole city. My favorite area to stay in is La Petit France. Right at the waterfront.

Along with, find more details in our where to stay in Strasbourg section below.

Public Transport: The tram and buses in the city work like a charm.

Even so, the old town is quite small. Thus, everything is within walking distance. When you stay in the old town and La Petit France, you can walk anywhere really.

In addition, find more details on how to get around.

Safety: Strasbourg is very safe! Thus, pick-pocketing is quite rare.

However, as always, just pay a bit of attention. Be assured! Without a doubt, big destinations like Paris and Rome are much different.

Still, it is all the same city anyway. Don’t worry.

2. Where to stay in Strasbourg

The most beautiful area to stay in is La Petit France. There is no doubt about it!

Moreover, I created a map for you with the main sights and best places to stay in Strasbourg. Find the map below.

Plus, here is my selection of where to stay in Strasbourg.