Nightlife in Barcelona: Tips, Dress Code and Where to Go (with Concerts and Map)

The nightlife in Barcelona is known worldwide, as well as the culture and the food.

Barcelona is a destination that blends culture and nightlife, sightseeing and bar hopping, and generally has great vibes around the clock. Are you in?

You will after we reveal all the possibilities and things to do in Barcelona at night.

If you are traveling to Barcelona, we collected useful information for you: 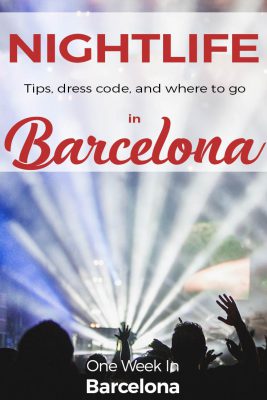 This city on the shores of the Mediterranean has a well-deserved reputation for having some of the best nightlife in Europe.

There’s a little bit of something for everyone here, from grimy dive bars to glossy beachfront clubs (and just about everything in between, too).

It’s perhaps no surprise, then, that locals can often be found out until dawn on weekend nights, as well as the occasional Monday night.

So, what’s the best place in Barcelona for nightlife?

We’ve done the painstaking* research of hunting down the very best when it comes to the party scene in the city.

(*Side effect of big Barcelona nights out: a rather painful next day!)

We’ve also got some tips so you can party like a true local.

Important:  if you don’t want to go out or clubbing we also have an article with things to do at night in Barcelona.

Nightlife in Barcelona almost certainly gets started later than you’re used to!

Bars don’t get busy until around midnight on weekends and close around 3 a.m.

Clubs are almost never busy any time before the bars shut, and they’re open until 6 a.m.

That means you might want to have a nap before you head out for the evening!

For getting to and from your nightlife, there are a few different options:

The metro runs until midnight during the week, until 2 a.m. on Fridays, and all night on Saturdays. Taxis are generally inexpensive, so they’re also a good option.

Check the full information about how to get around Barcelona.

Apart from the late-night schedule, one thing you might be surprised about in Barcelona when it comes to nightlife is the amount of guys on the street offering you beer (and sometimes something more illegal).

It’s illegal, but they do roaring business anyway. Locals often sit outside in the squares and streets, and sometimes the beach, to enjoy a couple of beers with friends.

In general, Barcelona is a pretty laid-back city, both in terms of attitude and how people dress.

For lots of places, you don’t need to be super dressed up to get in.

That being said, save your shorts and flip-flops for the beach (as well as your soccer jerseys for the stadium).

To be on the safe side, wear dark shoes rather than white ones, and never wear running shoes. Apart from that, just about anything goes most of the time.

The exception to the low-key rule is the beachfront clubs and upscale venues like Sutton or Bling Bling.

There, you will be expected to wear stuff like collared shirts and dress shoes for guys, and chic dresses or club wear for girls. Lots of girls wear heels at these clubs, which is quite unusual for Barcelona.

To make sure you’re sticking to the dress code, just do a quick search before you head out if you’re worried.

Is Barcelona safe at night?

In general, Barcelona is a safe city – although it is home to a lot of pickpockets. Drunken tourists make a very easy target for them. Pay attention to your stuff when you’re out at night.

Don’t leave your stuff unattended, only take out what you really need, and only use well-lit streets.

It’s generally common sense stuff, so there is no reason to be scared. Just be aware!

So, where are the best places for nightlife in Barcelona?

So glad you asked!

I’ve got you some of my favorite places. Get on your dancing shoes and get ready for a CRAZY night out, Barcelona style.

Sala Apolo hosts one of the best parties in the city – Nasty Mondays. Which, yes, is held on a Monday night!

Although Mondays are their best-known night, Sala Apolo is the place to go any day of the week if you like indie and electronic music, and there are often concerts held by artists in town.

Apolo actually started out as a theater, and you can still see touches of the former structure in the upstairs ballroom.

Barcelona’s biggest – and possibly baddest – club, Razzmatazz is spread out over five rooms, each with a different musical theme.

It might take you a few visits to get your bearings in this maze-like club!

The whole club is open on weekend nights and holidays, though there are smaller parties in the structure during the week (particularly on Wednesdays, when international students love to go).

Because this has so many different types of music, it’s a great place to go for a group with lots of different tastes.

Good to know: Razzmatazz Barcelona is an urban legend. It is there since ever and big bands from all over the world performed here.

Here is one of my favorite concerts from Arctic Monkeys, back in 2007.

Besides a Pub Crawl, this is another fantastic place to meet and greet other solo-travelers!

As the Champagne Sunset tour is during sunset, you will meet your new party friends and have freedom about what to do afterwards.

Get glammed up for an evening of champagne, cocktails and chilled beats. 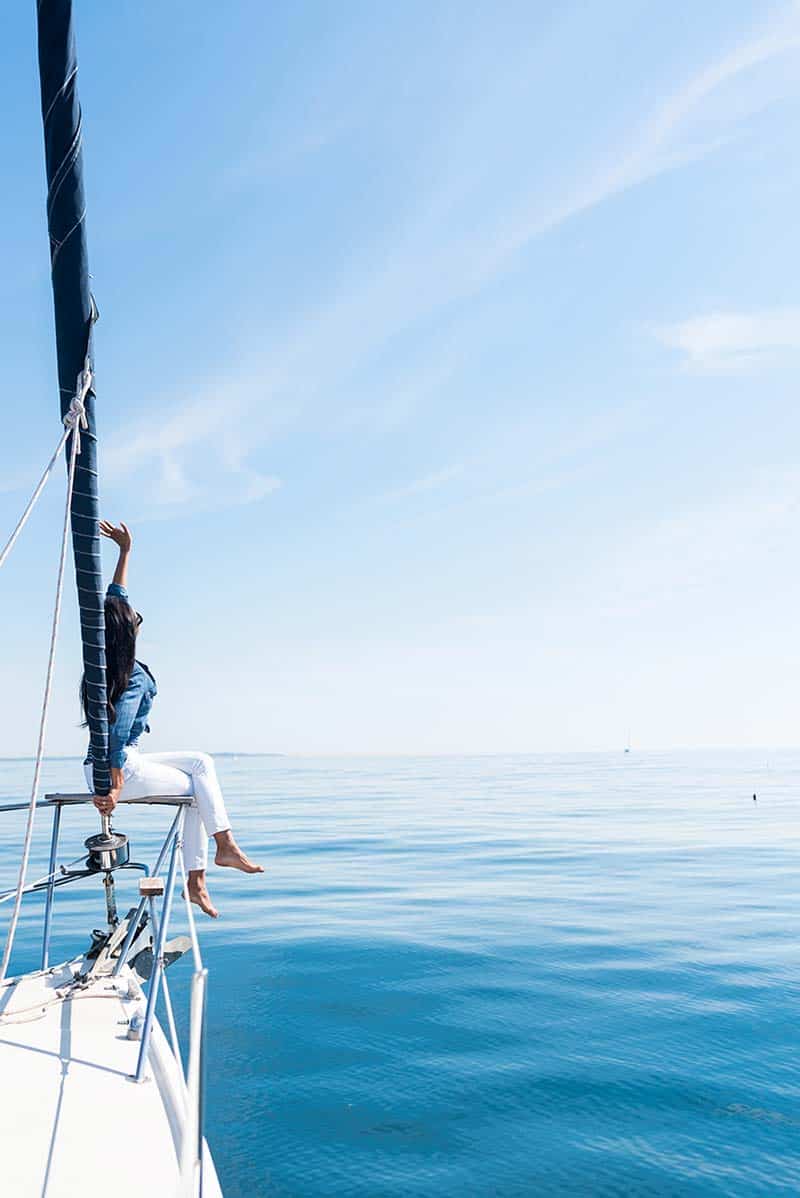 Convince your travel mates to go party like a true Barceloní (person from Barcelona).

How do locals party? Here you have the steps: 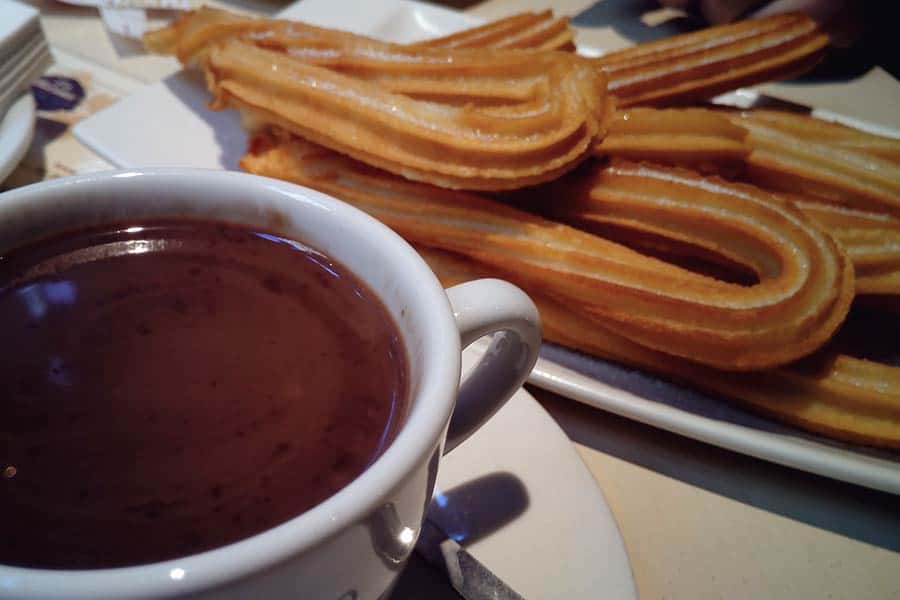 You couldn’t ask for a more central location in Barcelona than City Hall.

It is just some steps away from Plaça Catalunya; the very heart of the city. With different themed nights every day of the week, there’s always something going on at this buzzy club.

They often host themed parties too, like a glow party or flamenco dance performances, as well as hosting local and international DJs.

The easiest way to meet other solo-fellow travelers to party with is to join a Pub Crawl.

What is a Pub Crawl? An expat or local who loves to party will take you around pubs and bars in the city with other pub-crawlers to drink, laugh and party.

Normally, the Pub Crawl final stop will be a Dance Club, where you and your new friends can dance until you are run out of energy.

So, you start with pubs and end in a club if you want to. Always fun! 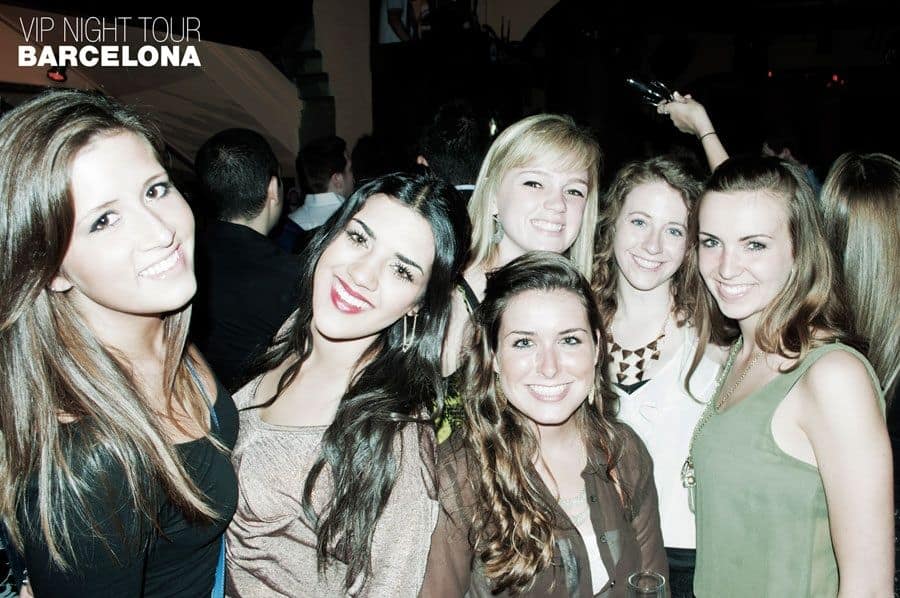 Just outside the Gràcia neighborhood, Otto Zutz is housed in what used to be a textile factory.

Spread out over two stories plus a terrace, it’s inspired by industrial New York clubs.

They have lots of different styles of music playing in the different rooms, and it’s one of the few clubs in Barcelona that plays hip-hop music.

One of the best parts about Barcelona is that it’s right on the shores of the Mediterranean – so why not take advantage of that and enjoy a boat party in the city?

Stoke Travel organizes boat parties that have earned a legendary reputation, with a mix of great DJs, unbeatable views, and with a drink in your hand to boot.